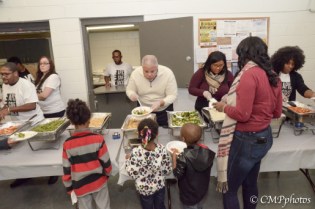 The Lambert Legacy Charities is a 501(c)(3) nonprofit organization using experiential philanthropy in efforts to alleviate poverty in the Southeastern Pennsylvania area. 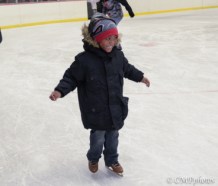 Our mission is to put the “commune” back into inner city communities by restoring the positive focus back to one of its oldest institutions, the community recreation center. Through educational development, community cooperation, & resource provisioning we enhance the quality of life of under served neighborhoods. In the year 2000 Joyce Lambert, mother of Lambert Legacy Charities Founder Rashaad Lambert, began taking Rashaad to volunteer for “Feast Incarnate” a program she co-founded. Feast Incarnate, a weekly hospitality ministry of University Lutheran Church of the Incarnation, started in November of 1988. It was a direct response to the situation of two members of the parish at that time, who had been diagnosed with HIV, and who had been rejected by friends, families and partners. The evening was planned as a safe environment, free from prejudice and discrimination. An invitation was issued to the HIV/AIDS community to come and share an evening of food and fellowship. Every Tuesday since, University Lutheran has served a meal for the HIV/AIDS community of University City in Philadelphia.
It was here that Rashaad Lambert discovered his calling to serve others in need who may not be able to help themselves and he served at Feast Incarnate every Tuesday for the following 10 years. 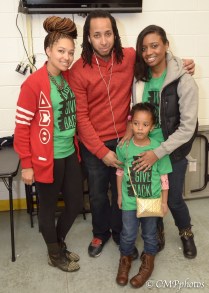 In June of 2010, Rashaad decided to branch out on his own with the help of community member Jarriel Forbes for first Annual Philadelphia Inter Communal Giveback Feat & Concert or APIC Giveback for short. This was a year-end, not-for-profit event that travels to various under-served Philadelphia communities annually, providing a hearty meal, gently used clothing, non-perishable food items, resources and an afternoon of entertainment for community members.
At this event Rashaad also met, now Lambert Legacy Charities board members, Latiaynna Tabb and Lana Adams who were on hand as talent management and media volunteer respectively. The Lambert Legacy Charities board also consists of other friends and volunteers turned members Cyra Copeland, Britney Norman & Maleata Ragin.
Since 2010, the Lambert Legacy Foundation has fed and clothed over 5000 people through our 4 annual events as well as several other events & organizations such as The Philadelphia Orchestra’s “Grow Up Great” program, iROC’s Father Daughter Dance, The School District Of Philadelphia’s #HealthyAndGreen Initiative, iROC’s Know Your Status Weekend,  Kindred The Family Games, Southwest Nu Stop’s Another Chance Job Fair, Philadelphia Museum Of Art’s “Art Splash” program, Kindred The Family Reunion, Radio One’s E Day! (in honor of late media mogul E. Steven Collins*) 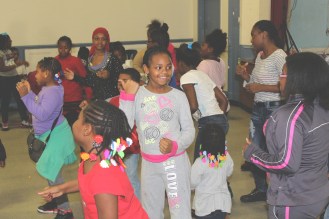 In 2015, we added two new programs: The L.I.F.E. (Lambert Institute For Entrepreneurship) Program and a new event to help families with school uniforms entitled “Giveback2School”.

We realize that the mandated school uniforms are very expensive, and even more costly in homes that have multiple children. Often, a lot of students begin the school year late because their parents cannot afford to purchase uniforms. Other children are forced to wear uniforms from the previous school year that they have since outgrown. Even worse, many students are sent home from school when not in proper uniform attire, forcing them to wait weeks until their parents can purchase uniforms. These students tend to fall behind the rest of their peers in the classroom.